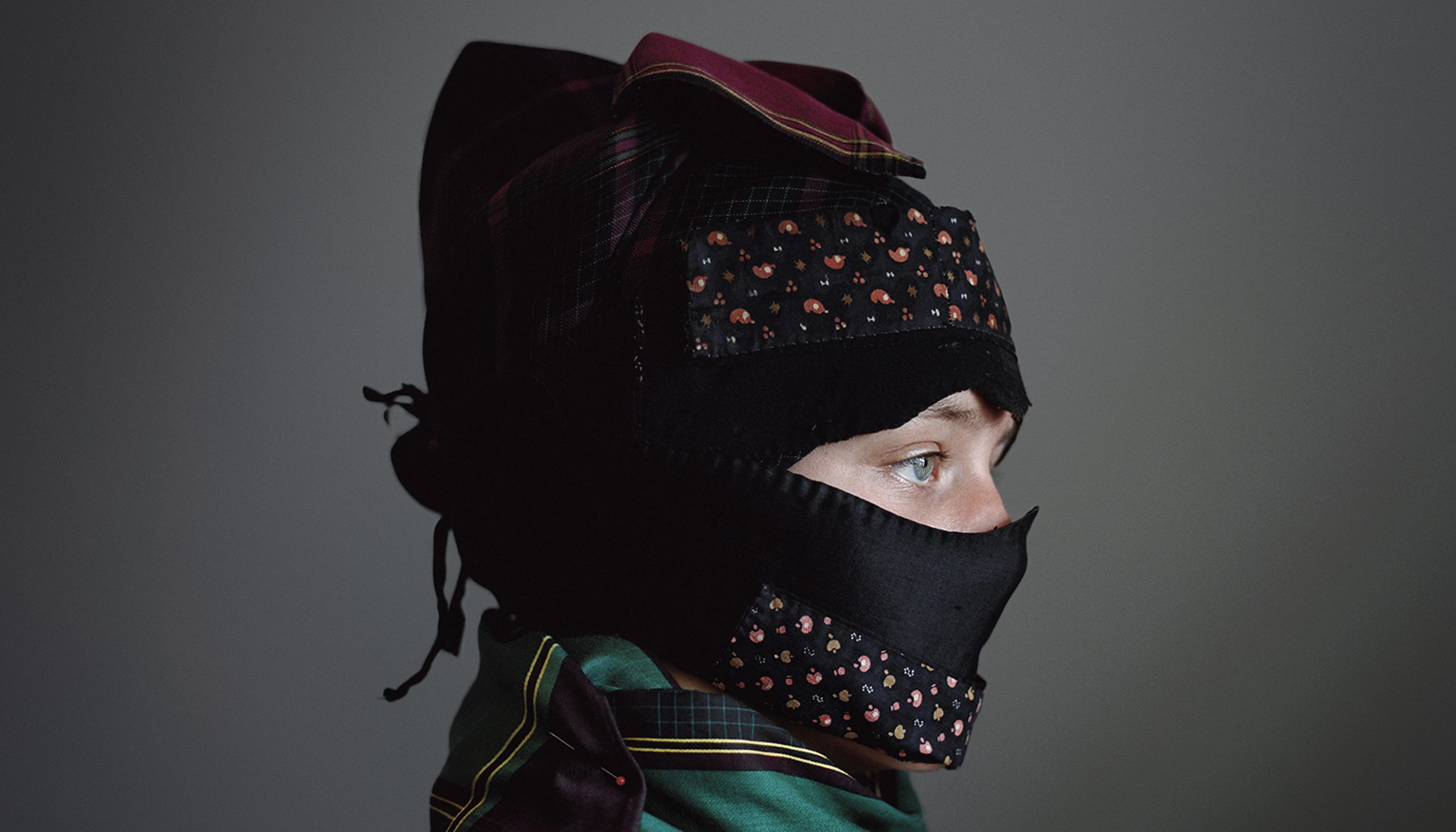 My work with Strude began at a local museum on a small Danish island where women’s folk dresses were exhibited on faceless cloth dummies. The colours were intense and the detail intricate, but it was the mask-like hood that drew my eye. A garment called a ‘strude’, worn by women in the past to protect their faces against the elements and still worn at the annual fête I returned to year after year to make the work.

I have been investigating portraiture in my work for some time: interrogating what constitutes an image and confronting the myth that the portrait can reveal personality – or capture ‘the soul’. In the traditional portrait the subject often meets the gaze of the viewer. In most of the images in Strude this meeting is doubly blocked: by the mask and by the averted face of the sitter. I’m interested in what lies beyond the direct gaze, in what happens when we can’t look people in the eye. My focus is the introversion and mental space that lies beyond the image. And time or duration in the coexistence of different times in consciousness. In Strude this is reflected in the inclusion of different elements of the past and the present, but also in the duration of the gaze itself – the mechanisms of reading or decoding the image. Especially in a contemporary Western context, where the controlling power of surveillance and scrutiny are highly present in the polemics of burqa debates and mask bans.
Here the covered faces and tightly buttoned dresses in Strude are highly resonant. The ‘strude’ clearly delineates what is hidden and raises the question of what is exposed in the image. What is said and unsaid. Just as the codes of the dresses remain an island secret for the uninitiated, I wanted to explore what happens when the meeting between the gaze of the subject and the viewer is deflected and denied.

I wanted to photograph an inner mental state and to create the stillness or quiet within which it occurs. The images are highly concentrated – stripped down: analogue, shot in natural light, with only the subject and myself secluded in a corner of the attic where the women dressed each other. Each sitter was minutely directed in front of the camera to capture the pose and angle of introspection. An experiment in how far the sitter can be turned before she turns her back on us.
Just as the dummies in the museum supported the dresses, the sitters and their masks form the scaffolding for my investigation. They are the generic material for exploring the gap – or bridge – between the trappings of the past and the present, representing a state of mind that transcends period and cultural context.