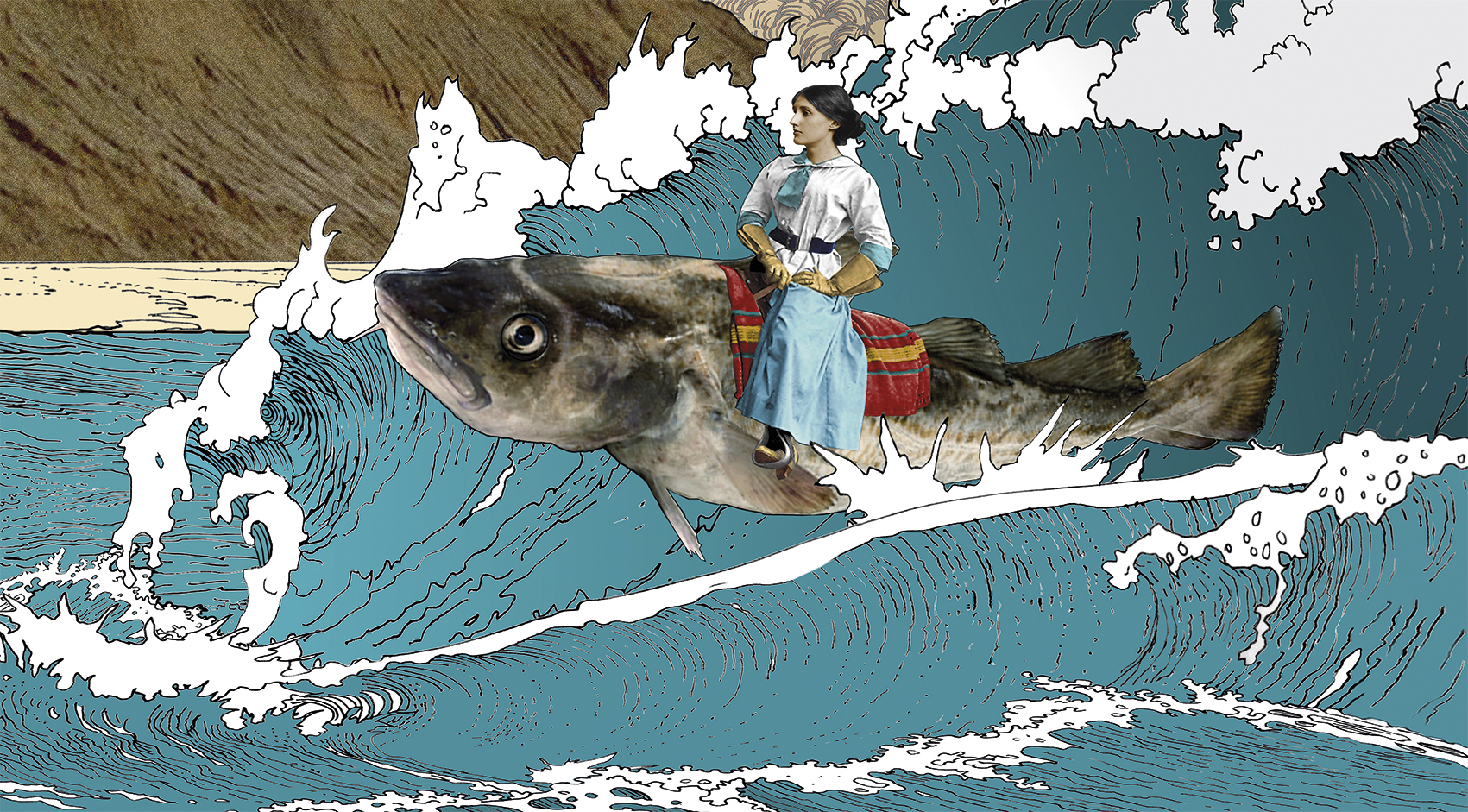 To the Lighthouse is also the title of a semi-autobiographical novel by Virginia Woolf
written in 1927.

In the novel that takes place on an island in the Hebrides, Mrs Ramsay promises her son a boat trip to the lighthouse. But Mr Ramsay forbids the trip on grounds of expecting bad weather. The trip never takes place and in the novel it becomes a metaphor for the unequal power relation between husband and wife. 10 years after Mrs Ramsay’s death Mr Ramsay finally goes on the long-delayed trip to the lighthouse with his son and daughter. Honouring Mrs Ramsay’s promise to her son too late becomes an afterthought, in which Mr Ramsay reluctantly realises how his role as the all-commanding patriark has come between himself and his family.

The trip results in a rare moment of empathy between Mr Ramsay and his children. Though A Room of One’s Own is the best known text on gender equality by Virginia Woolf, she considered To the Lighthouse to be her best literary work.
In the graphic montage Virginia Woolf is seen riding a huge Atlantic cod through high seas to the lighthouse. The graphic montage To the Lighthouse is an adaptation to the billboard format from an earlier cartoon page by the artist.