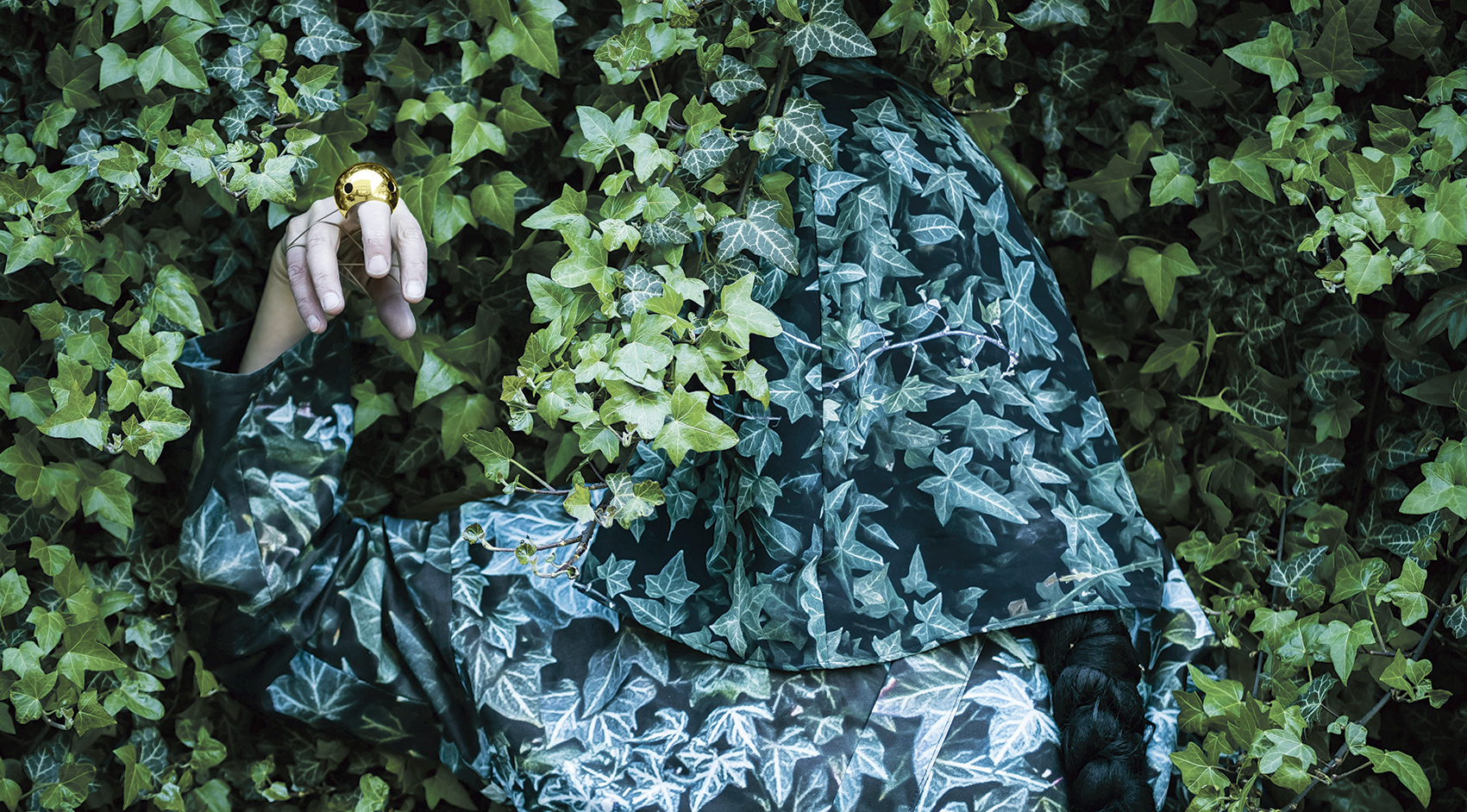 The still is taken at a photo shoot during the production of Haslund’s Virtual Reality movie Hedera Helix (Gekisai Dai Ichi), 2019. The character Hedera Helix (Latin for the plant ivy), played by Haslund herself, meets the female gang Gekisai Dai Ichi (Japanese for smashing and destroying). The two parts teach each other specific physical and vocal skills and end up performing a ritualized karate match in the public backyards of the district Nørrebro in Copenhagen.

The photo illustrates how Hedera Helix is hiding in the ivy covering her face with the camouflage ivy hoodie, giving a speech in a fictional language.

Before speaking she removes her golden clown nose from her face to place it on her hand, mimicking speaking through the clown nose, whilst moving her hand and fingers lively and rhythmically to the sound of her own voice.