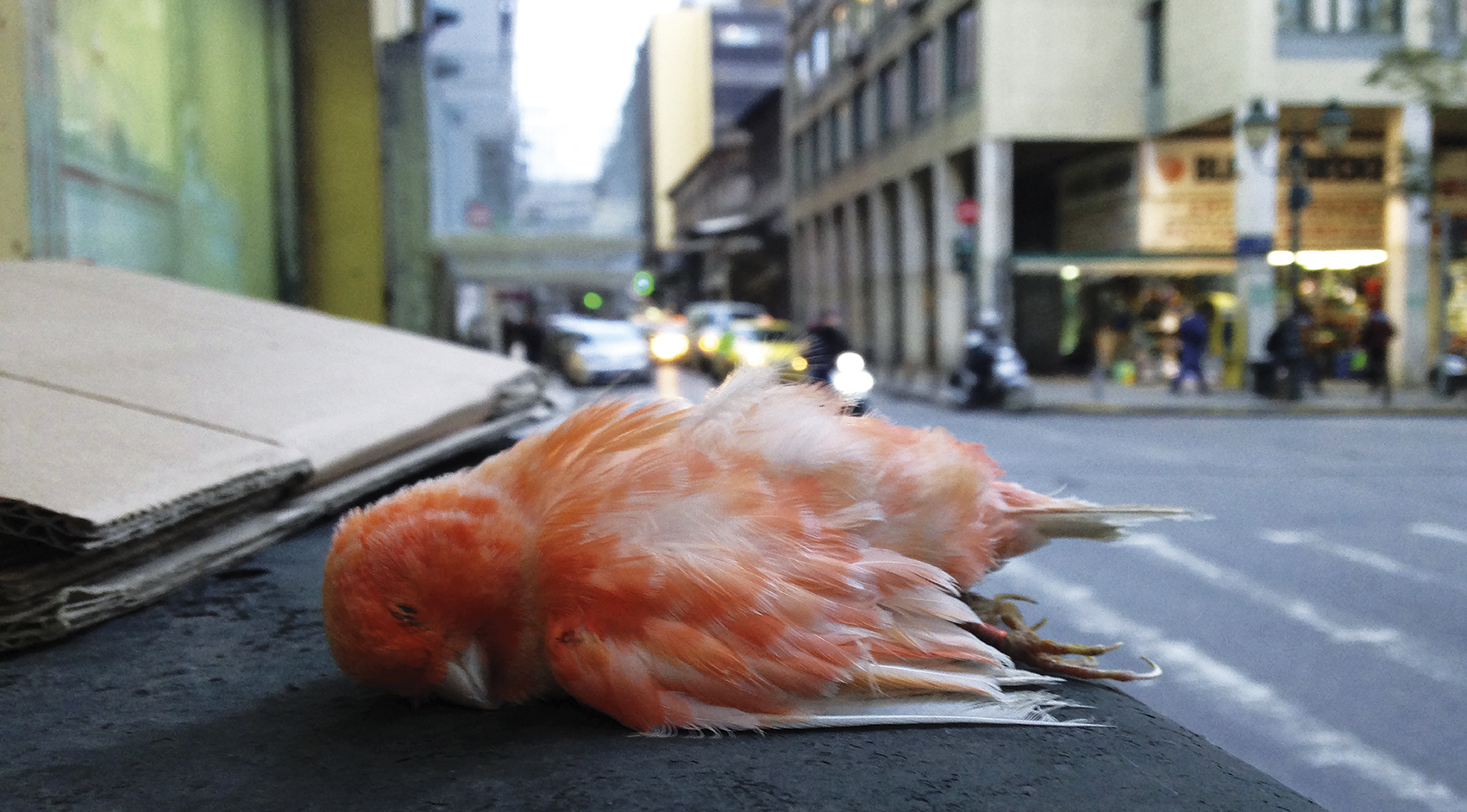 Elias, a young man from Syria, came to the island of Kos. He was fleeing war alone. After a couple of days, the young man sailed to the Greek mainland, to travel further by foot through Europe. When he arrived in Athens, he went into a store that sold survival gear. Here Elias bought a pair of rubber boots and a rain jacket; now ready to start walking towards Germany.

Exactly one year later in Athens, Elias and his friend Madeleine Kate, found themselves beside the store with survival gear, where Elias had bought the boots and the rain jacket one year earlier. Elias and the young woman were in Athens to present their documentary project. But in this moment they had stopped, as they found a dead bird on the ground. Elias looked at Madeleine Kate and said – I wonder if this bird was waiting for us to notice it?