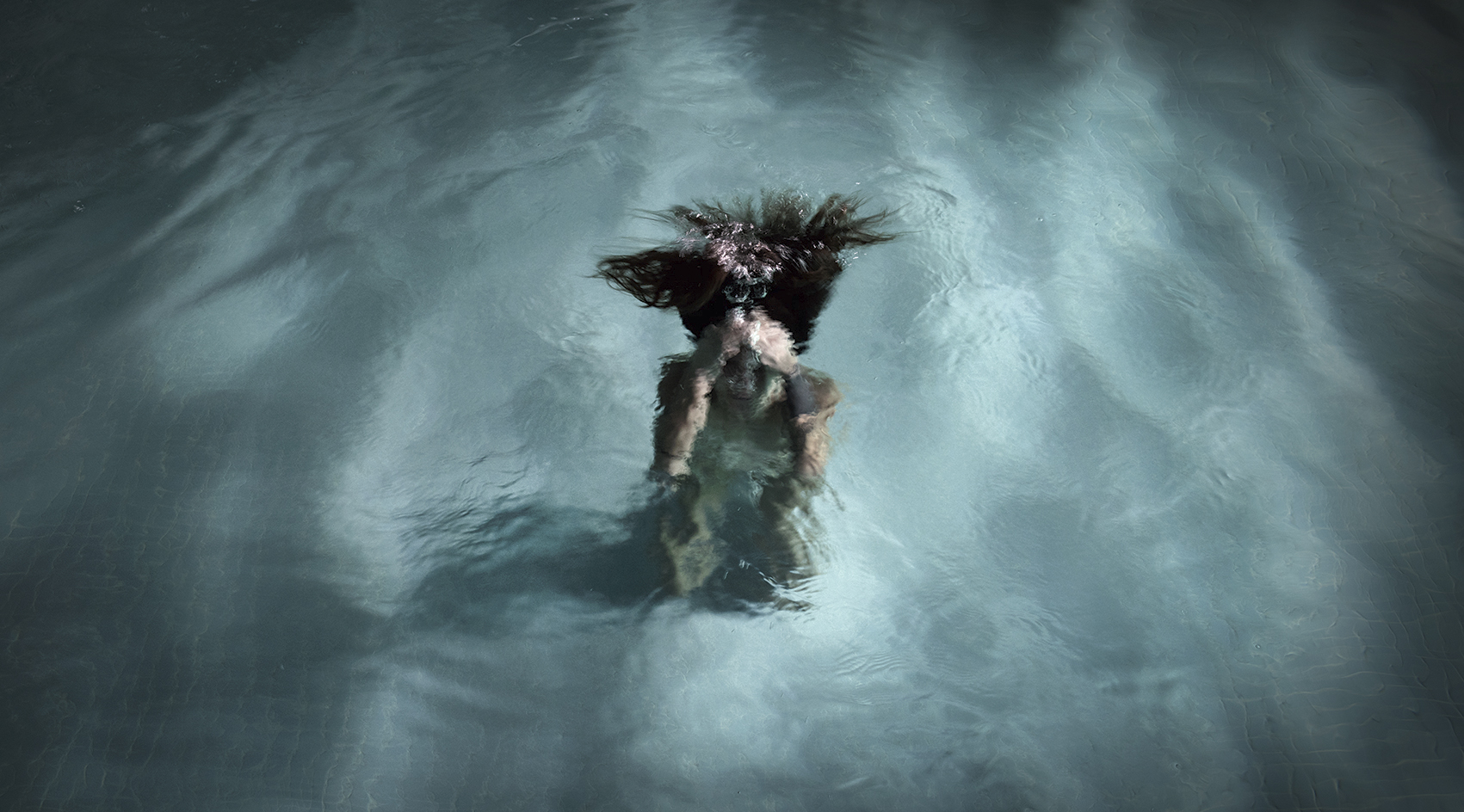 In this series; the story of a character without a story is told. This character is a female character stuck in an undefined universe, without a past, future or belonging, in a continuous present, in an uncertain cycle. This woman in “efforts in vain” escapes but cannot get away, wants to breathe but cannot, remains between visibility and invisibility. This character is meant to create a representation or reflection and attempts to create a personal narrative combined with self-portrait.