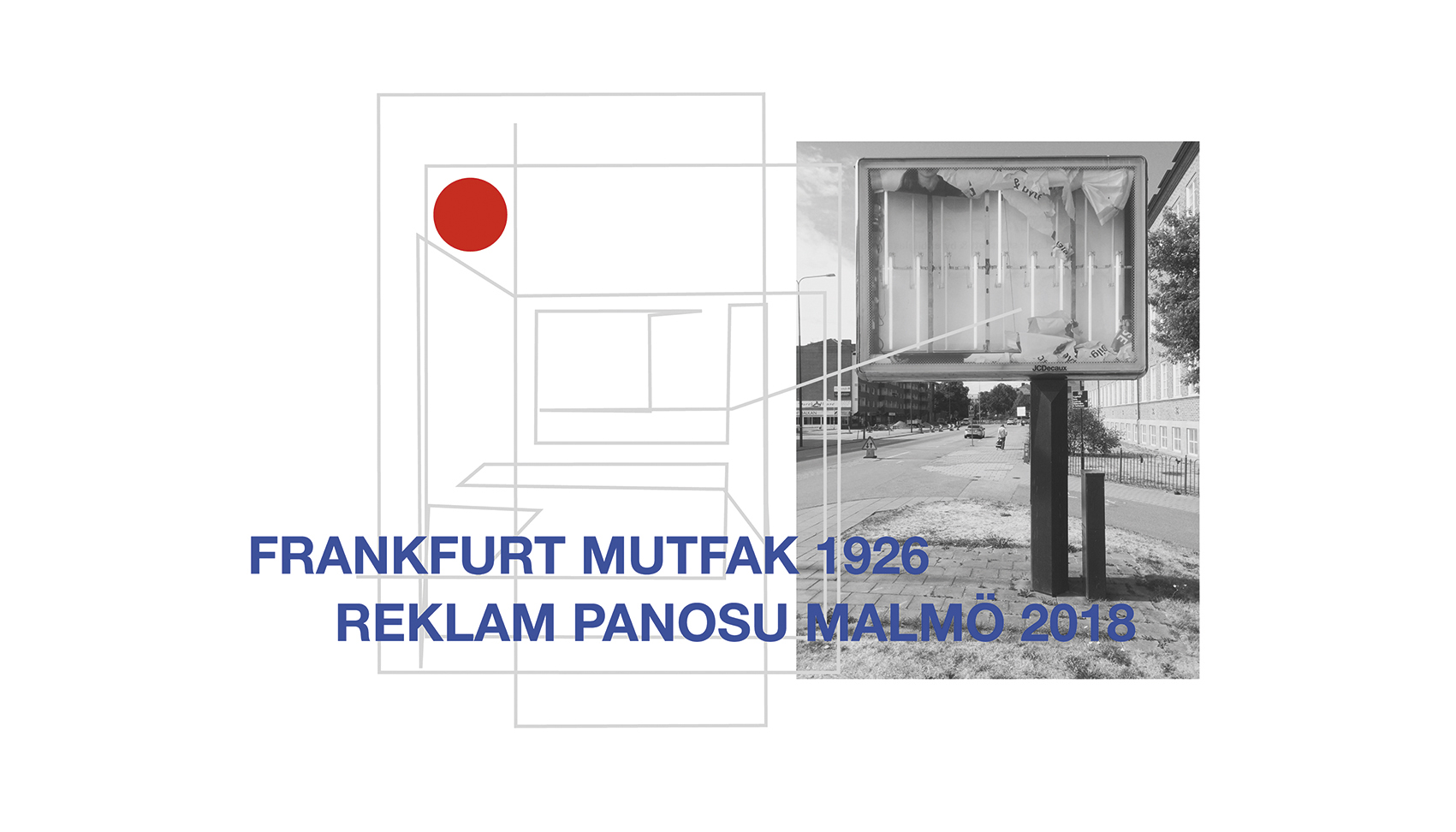 Following our ongoing conversations on the privatization of public spaces – and vice versa – we have coined our interest in the kitchen as a work space located in the home with the contemporary billboard as a screen for enterprises located in public spaces.

To our amusement the billboard in Istanbul is approximately the size of The Frankfurt kitchen. The kitchen was designed by Austrian architect Margarete Schütte-Lihotzky in 1926 and is regarded a forerunner of the fitted kitchen. While the Nazi Party held governmental power Schütte-Lihotzky lived in exile in Istanbul for a couple of years. During this period she starts to abandon the standard formats of modern architecture and began to work in favor of a situated way of living.

Kristine Kemp and Cecilia Wendt are artists living and working in Malmö.
Thanks to Esra Akcan for help and advice.