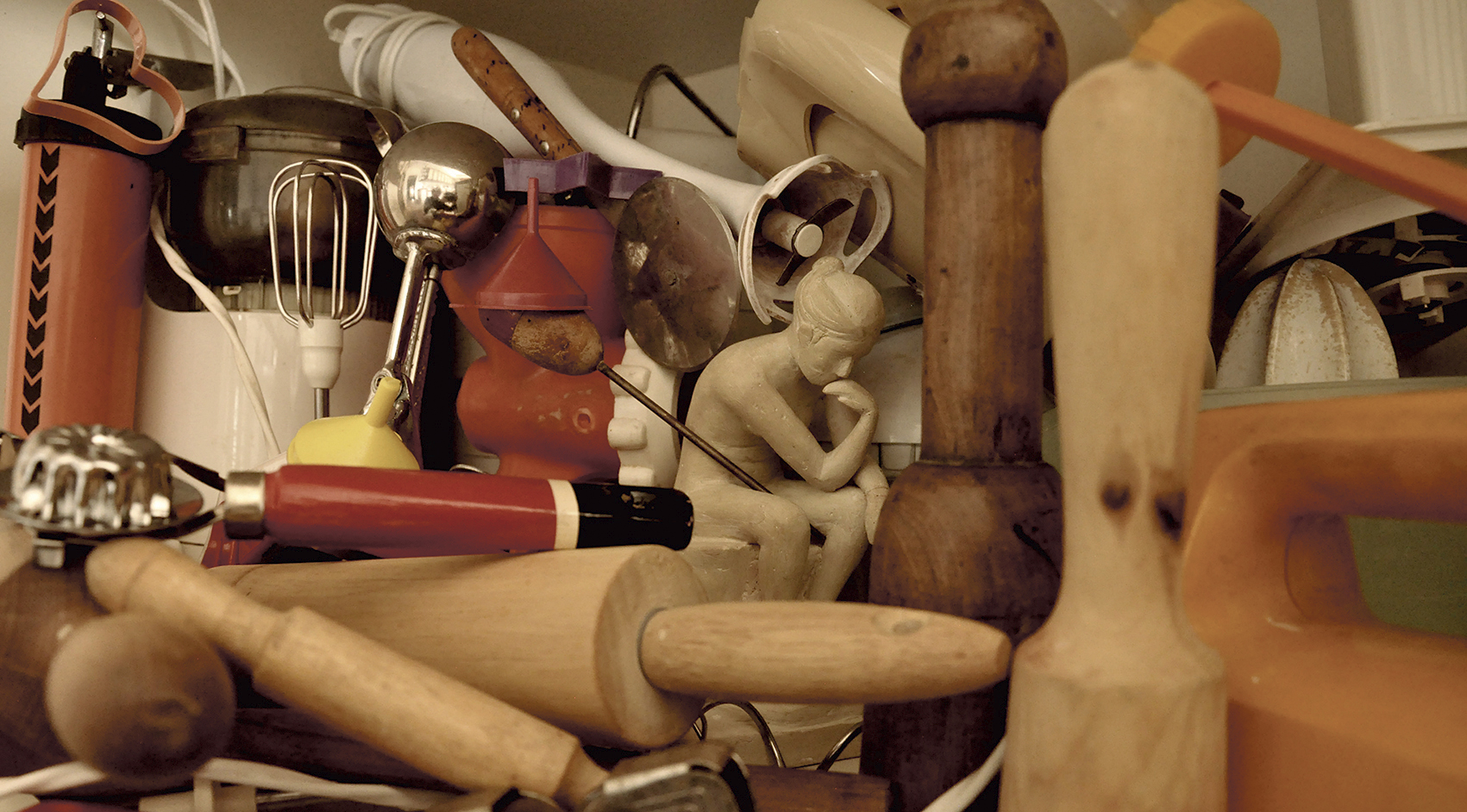 Sezgi Abali (TR) —“For the Last Two Days I’ve Been Waiting For the Lady Living Across to Commit Suicide. Maybe She Won’t. I Don’t Know What She is Thinking.”

The photo series’ title comes from the introduction sentences of a short story – The Window- written by one of the most extraordinary female writers of the 20th century Turkish literature, Sevim Burak.

The small figurine placed in each photo in the work gets its inspiration from the well-known sculpture of Auguste Rodin, The Thinker, until this time it transforms into the woman form. It is once made as a unique sculpture and then reproduced. The photo series as a whole is an attempt to witness an ordinary woman who thinks at her ordinary home in various settings which are supposedly pre-planned by the society and then inevitably by the artist herself.

The woman thinker is anonymous and can always transform into one of us. She can be a wife, a mother, a single person, a worker or a housewife, a healthy human or an insane living being.